Having already acquired a Nagant M1895 and Makarov Model 59, both in 6mm, I was toying with the idea of getting the pistol which appeared between the two… the Tokarev Model 1933 (or TT-33). Being quite a fan of the venerable Colt 1911, I have always been intrigued by its (distant!) relative the TT-33, but found that it never really appealed; that is, until one was ordered for me by mistake and I got to see it first hand! The Tokarev Model 1933 was developed in the Soviet Union by Fedor Tokarev as a replacement for their Nagant Model 1895 revolver. Something in the region of 1.7 million pistols were produced, mainly during World War Two, with manufacture in the USSR ceasing in 1952 when it was replaced by the 9mm Makarov PM.

Other countries were issued licences to manufacture the TT-33 notably in China by Norinco as the Type 54, Yugoslavia (Serbia) by Zastava Arms as the M-57, Egypt as the “Tokagypt 58”, North Korea as the Type 68, Romania as the “Cugir Tokarov” and Poland as the “PW wz.33” – the following diagram being taken from the Polish Instruction Manual (source: forgottenweapons.com). Internally it uses the short-recoil dropping barrel/ swinging link system invented by John Browning for the Colt 1911; externally it more closely resembles his earlier Model 1903 designed for Fabrique Nationale of Belgium (aka the M1903 and Browning No.2). It has a modular hammer assembly, simpler than that of the M1911, but no grip or hammer safety. It is chambered for the 7.62x25mm Tokarev cartridge (based on the 7.63x25mm Mauser cartridge) which is held in an eight round magazine, has a muzzle velocity of 480 m/s and an effective range of 50m (source: Wikipedia; photo from militaryfactory.com). WE-Tech (WE) started making steel moulds for airsoft manufacturers in the 1980s and their own airsoft guns, commencing with gas-blowback pistols, in 2003. A link to their website is given at the end of this review.

The TT-33 is one of their newest models. It is a 6mm gas-blowback single-action semi-automatic pistol featuring a full-size drop-out magazine. The slide and receiver are made of metal alloy with metal parts throughout except for plastic grips. It comes in either  nickel/ silver or black (I have not seen the black version).

On opening the box, the pistol is presented in an “egg-shell” type packaging which is more than adequate for safe transportation, but rather lacking in aesthetics! It comes with one magazine, a manual and a spare magazine lip and follower (I presume this is because the magazine lip would appear to be the most vulnerable part of the unit and could get broken if dropped… update: I have already conducted an unscheduled(!) “drop-test” of the mag, but no harm done!). The manual could do with a little more information; for example, how to field-strip the pistol, any maintenance required and how to adjust the hop-up. There is a parts diagram and listing, but it is given only in Chinese. The outside of the box is made to resemble a military-style pistol case with “catches” painted on the side.

The photograph below shows the pistol fitted in a bespoke wooden 1911 case made by a fellow member of the Umarex Boys Club, forum name “trooper”, and illustrates the smaller size and different grip angle and shape between the TT-33 and a “Colt ‘45”. The February edition of Airgun World magazine features an article detailing Martin’s work and a link to his website is given at the end of this review. Initially, this was the main reason I bought this pistol. At first glance I thought it looked pretty good… having had it for a few days I now think it looks even better! The only thing perhaps worth commenting upon is that the “iron” sights are black and so not quite in keeping with the rest of the pistol. Also, the front post is a slightly different shape, being not quite so high (as shown in the comparison photographs below – source: Pennsylvania Firearm Owners Association at pafoa.org).

The grips are black plastic as against to brown, but are virtually identical to the real thing (I should imagine the brown ones are bakelite, but IMHO the black ones look rather good against the light finish). Lanyard loops are included and although a safety has been fitted – I presume to comply with regulations in certain countries – it is very discreet and barely noticeable on top of the grip on the left-hand side (ensuring the little tab is raised about 1mm allows the pistol to fire). The quality of the nickel/ silver finish is very good, but tends to mark easily with finger prints… just like a real pistol!

Some markings are included on the left hand side of the frame and the top of the slide; these read as a couple of characters in Cyrillic text (a “YA” or “IA” and “ZH” in English transliteration) , a “serial number” 533, a “star” symbol and “1941”… the text and s/n looking as if they were stamped in a hurry and quite in keeping with a pistol made in 1941!

Short of being able to use dummy shells, I’m not sure that any improvements could be made with regards to functional accuracy. Field stripping the TT-33 is similar to that of the M1911, but not quite the same in that the metal clip on the right hand side is pushed back allowing the slide stop to be removed (in fact care must be taken as it can fall straight out once it is unclipped). The first time I tried this I was afraid that the clip would scratch the frame; my fear was unwarranted. The slide may then be removed along with the recoil spring guide, spring, spring plug and barrel bushing. The barrel and hop-up assembly slide out the front. Two further points to note: the first is that the front post (circled in red) is held in place by the bushing and can fall out once the bushing is removed; secondly, the spring guide has a flat side to it and this needs to match with the face of the hop-up assembly (indicated by the red arrows). The rather handy canvas pistol bag is courtesy of the Toubo Makarov Model 59 (hint, hint!). The outer barrel is threaded for a silencer. 6mm balls are loaded into the magazine by holding down the follower and feeding them via the lip at the top of the magazine; there is no space for allowing them to be fed lower down. The magazine itself has a good weight to it and certainly looks the part! It fits nicely in place and is released by depressing the magazine catch which has just the right amount of tension to it.

The pistol is single-action only – as per the original. Pulling back on the slide will cock the hammer and feed a 6mm round into the chamber. Releasing the slide results in a very satisfying/ realistic metallic sound. As with the original, the hammer may be moved to a half-cocked position. One slight criticism would be the safety – no doubt forced on the designers – in that sometimes it is has to be disengaged to fire (even though it hasn’t intentionally been set to “safe”).

The slide locks-back once the last round is fired; a fresh magazine may then be inserted and the slide moved forward by pressing down on the slide stop (pulling the slide to the rear will not cause the slide stop to fall). Both the front post and rear notch sights are a little loose, but this is not really noticeable and the design of the pistol prevents them from falling out. As soon as I got home with my new gun I had a few shots at one of the many targets I have scattered around our garden… and found that whilst shooting well laterally, it required a fair amount of vertical offset (ie. it shot high). On placing a target at 6yds and loading with (good quality) 0.25g FireFly BBs I was quite pleased to be getting a grouping of around 2” with the occasional flier, albeit with me having to lower my POA 5” below POI!

However, one of the beauties of 6mm plastic ammunition is that you can vary the weight and so I thought I would try some 0.36g FireFly BBs in an attempt to reduce this offset; unfortunately, this made little difference to the POA… but reduced grouping to about an inch! I have since shot another couple of targets and have each time achieved a 1 to 1 ½ inch grouping. Measurements taken using a Xcortech X3200 indicate a muzzle velocity of 79 m/s +/- 2 m/s using 0.36g BBs in approximately 34°C (Thailand in March!). The magazine will hold up to 15 rounds and at least two full magazines can be shot from a single charge of green gas. The gun is not particularly loud and although it cycles efficiently is not of the “hard-kick” variety; however, it is still very satisfying to shoot none the less. There is a slight “cool-down” effect following rapid shooting, but IMHO it isn’t that great.

The hop-up wheel was very stiff when I first got the pistol and I found it necessary to apply a little oil in order to adjust it. However, even at its lowest setting, there is still a fair amount of rubber showing at the breech end of the barrel and this could well be why the pistol tends to shoot high. At longer distances the flight of the ball has quite a pronounced “arc” to it; a 20cm diameter biscuit tin lid can easily be hit at 15m, but by 20m it’s becoming more difficult to connect with the target (please remember I’m using relatively heavy 6mm ammunition). First impressions tend to suggest a well made and reliable replica of the Tokarev TT-33. The magazine holds its charge of gas with no leaks (I like to keep a small amount of gas in the magazine when it is being stored). On inspection after field-stripping and approximately 300 rounds, the component parts appear to be of good quality and fit together well. The slide also fits well and the recoil spring is of an appropriate strength. My only comment would be the safety which has a tendency to set “on” unintentionally (IMHO moving the tab up to set safety “on” would have been better). This pistol has made quite an impression on me and no mistake! It looks, shoots (if you don’t mind lowering your POA) and feels the part and has definitely rekindled my interest in 6mm gas-powered blowback guns.

You can buy this replica at Pyramid Air here. 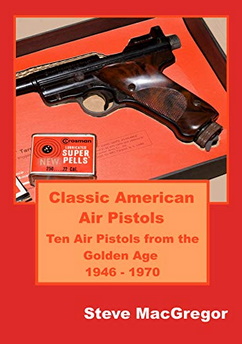 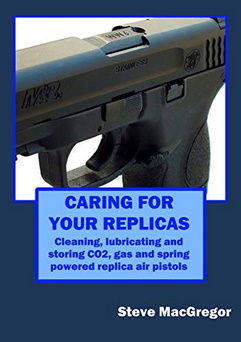 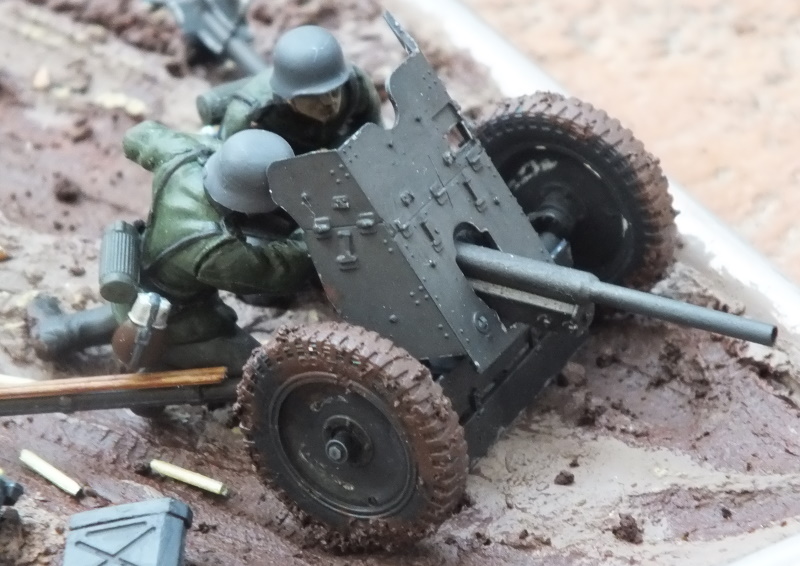 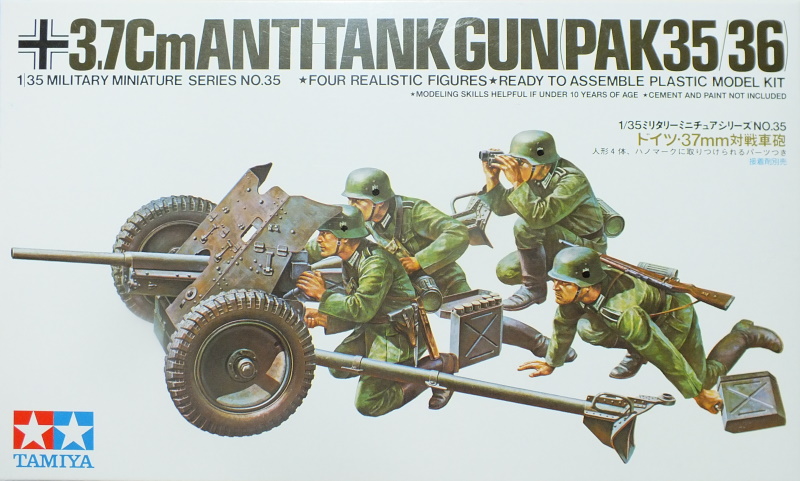 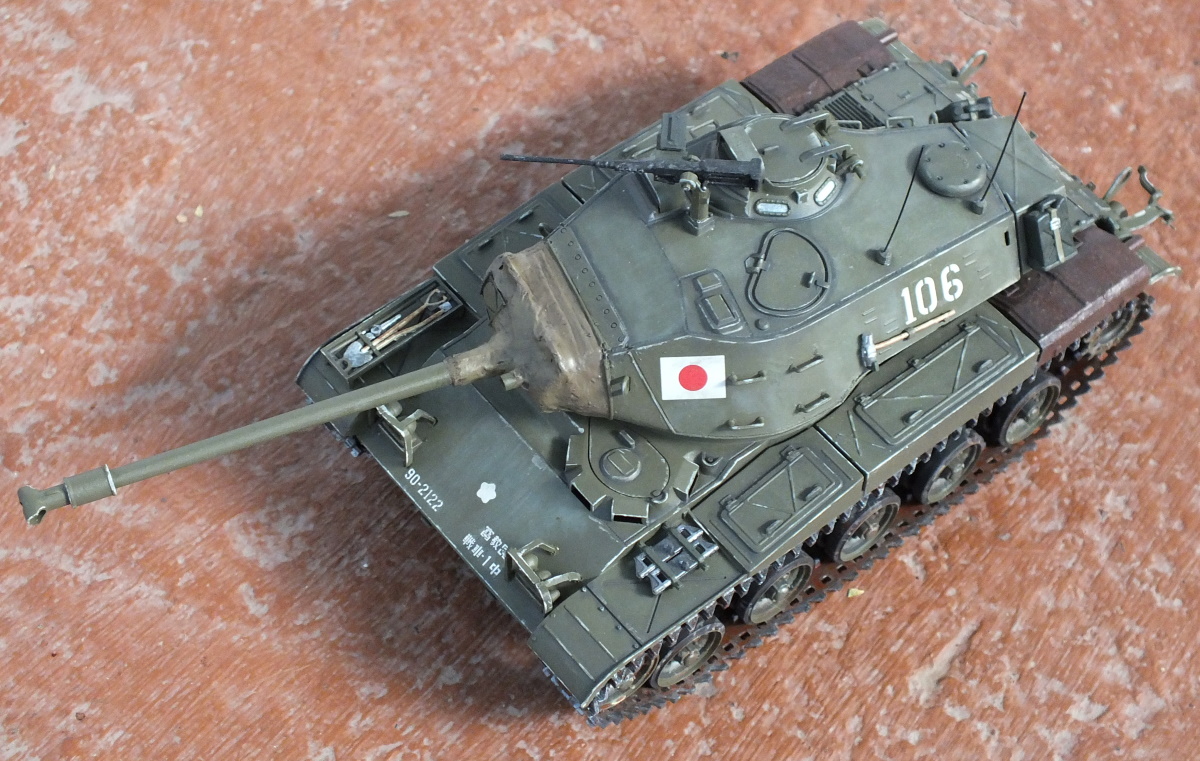